May is seen as the start of the riding season and triggers motorcycles out from hibernation onto city streets, country roads, and highways. Motorcycling and powersports have enjoyed a recent increase in popularity as more people look for a way to get fresh air, exercise, and a break from isolation. 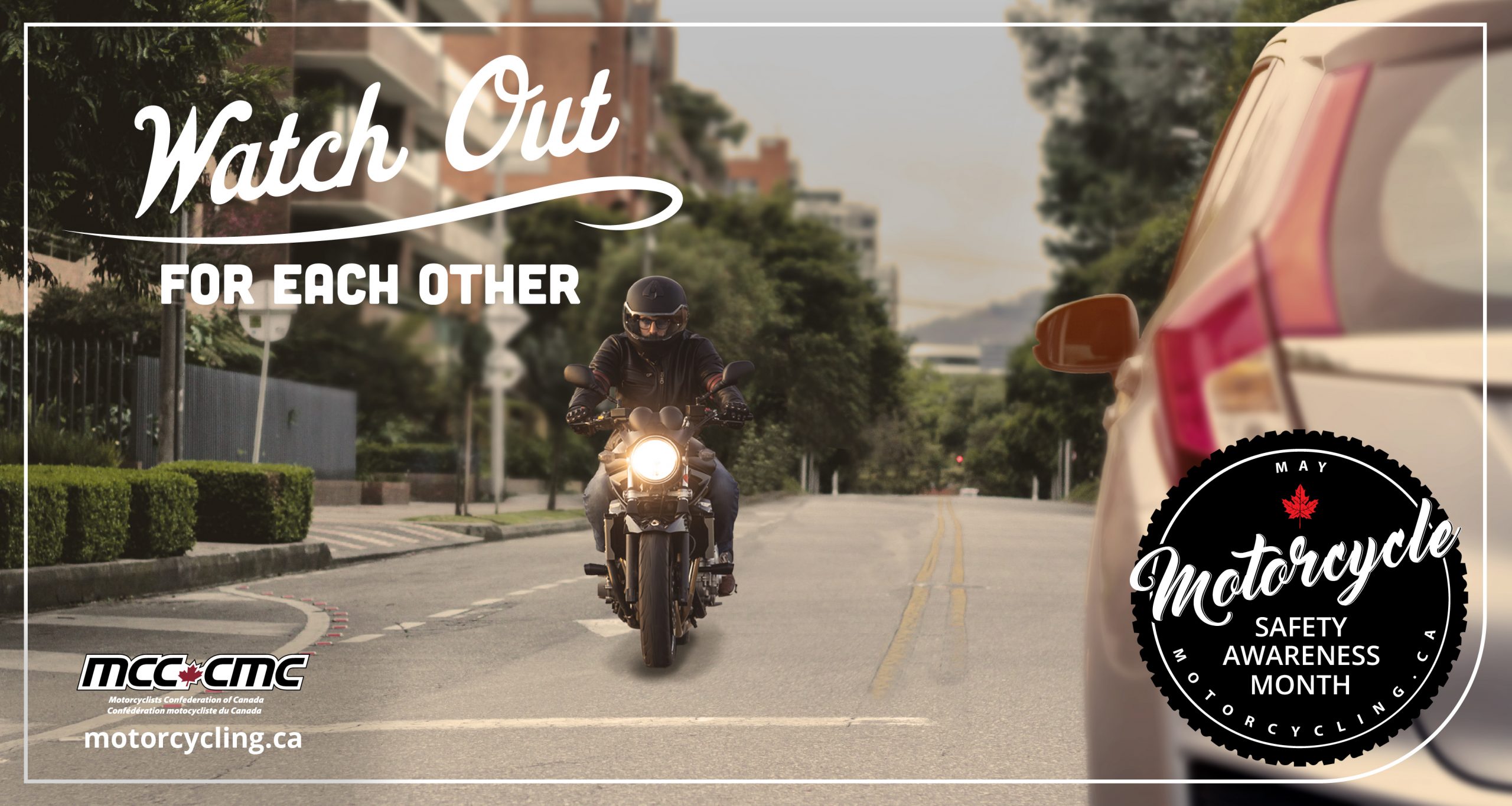 Safety and awareness messaging for this annual rite of spring is a global effort. Most Provinces have proclaimed May as Motorcycle Safety and Awareness Month and it is every state in the US. It’s great to see awareness reaches around the globe. 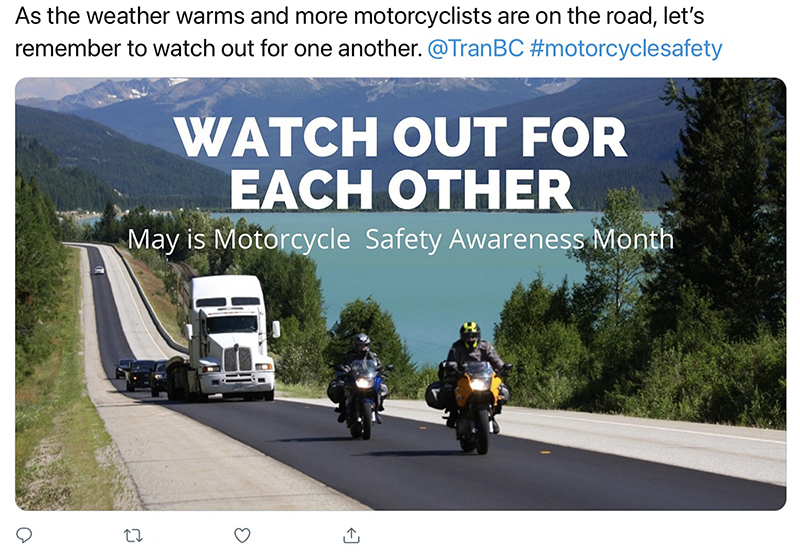 As of spring 2021, the Motorcycle and Moped Industry Council reports double and triple year over year sales increases across Canada including street, Dual purpose, Competition, Off-Road Recreational, Mini-bikes, and scooters. So far this year Canadian motorcycle sales are up almost 75%.

There has also an uptick in commuting by motorcycle. COVID has driven a new appreciation for powered two-wheelers as a practical and environmentally responsible form of transportation.

The American Motorcycle Association (AMA) generally gets a tip of the visor for the idea of Motorcycle Awareness Month. In the seventies, about 90% of the motorcyclists involved in crashes were either self-taught or learned from friends and family. In the early eighties (circa 1982), the AMA chose May to launch the annual awareness campaign. It was then adopted by many state and federal organizations. It supported increasing awareness for motorcycles sharing the road, education, training, and road safety.

There have been a wide variety of visual approaches to the message as well. They all have their place, from some odd humour from the Utah Department of Public Safety, to the classic “Look Twice” tagline.

While Motorcycle Awareness Month is generally considered a North American idea, but it also became the touchstone for a motorcycling, which has reached global proportions. South Africa to the UK all get on board.

It’s even a regular part of the US military safety messaging and goes to bases around the world.

No matter where you live, springtime is a reminder to take a fresh view on road safety. If not for yourself, you can help save the life of someone you know. Look out for each other, in every way.