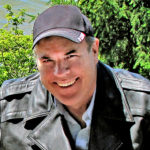 The term lane splitting, sometimes known as lane sharing, filtering or white-lining, refers to the process of a motorcyclist riding between lanes of stopped or slower moving traffic or moving between lanes to the front of traffic stopped at a traffic light.

Motorcyclists who are competent enough riders to lane split, should follow these general guidelines if choosing to lane split:

As they note: Consider the total environment in which you are splitting. That’s seemingly sensible and self evident, but that’s why it’s so tricky. Not every rider or driver is sensible.

Last year at this time, the UC Berkley, California, added to the discussion with the release of the study “Is motorcycle lane-splitting safe?” http://news.berkeley.edu/2015/05/29/motorcycle-lanesplitting-report/ . Their experts found that lane splitting is relatively safe, if done in traffic moving at 50 mph or less. They also went on to note, “Compared with other motorcyclists, lane-splitting motorcyclists were more likely to ride on weekdays and during commute hours, use better helmets, and travel at lower speeds.”

Update: May 2016 from the “Lane Splitting is Legal.com” camp. They mention in their news release that lane splitting is to be recognized. http://lanesplittingislegal.com/lane-splitting-news/support-ab-51-to-officially-legalize-lane-splitting-in-california . What might be the most interesting view is one of the comments that noted : Making this a law increases responsibility and accountability for car drivers. As it stands today, I figure if I get hit by a car, while lane splitting, I’m pretty much hosed. Insurance and law will likely go against me. But… if this law passes, the car driver is at least somewhat (if not entirely) liable as well

To move the issue forward may require a discussion of semantics. Specifically, while California talks “splitting”, Australia has made progress around “filtering”. There you can actually be fined for “splitting”.

In Australia, they enacted the Road Transport Legislation Amendment (Lane Use by Motor Bikes) Regulation 2014, allowing motorcycles to lane “filter” between vehicles providing they do not exceed 30 KPH. I think “filtering” is the important subtle difference. Their basic rules pretty much mirror those of California:

What motorcyclists need to know about safe lane filtering:

The BC Lower Mainland often has traffic congestion levels that make lane filtering seem attractive. However, there is the argument that a national policy should apply. That brings in regional road variances like seasonal potholes and road debris: reason alone to be careful how you filter.

A great general read on traffic, is the book by Tom Vanderbilt, “Traffic – Why We Drive the Way We Do and What it Says About Us“. While it focuses on cars, it covers the globe. It clearly underscores his observation that the tolerance of traffic environments is driven by the local culture.

If motorcycles are increasingly seen as “OK”, then there will be increasing tolerance for such activities as low speed lane “filtering”; likely less so for lane “splitting”.

It will just take while to filter out an agreement.